Heath got off work early yesterday and met me at my office with extra shorts, a t-shirt and my running shoes.

We hopped on the trail allog brush creek and headed west.

We started at troost and headed into the plaza but down low on the edge of the creek. The picture above is a real shot of the path. I was glad to see a less then normal amount of goose poop on the sidewalk and we only came across two bums sleeping under the bridges. 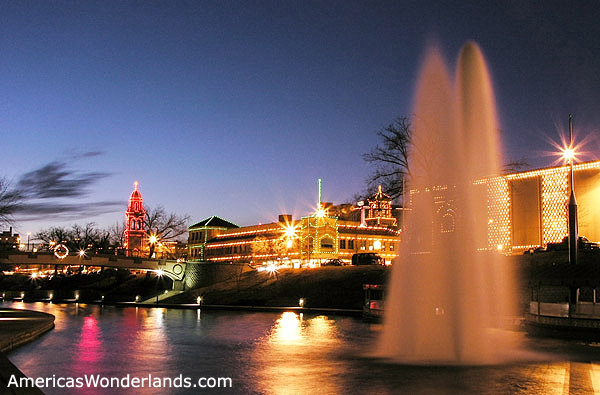 We ran past the plaza and hopped in the middle of ward parkway and ran up a big hill in the large median. It was pretty hot and we had not run in a while and really struggled with the run. We planned to do 5-6 miles but ended up turning around early and were short of 5. We finished the run and got a drink of water. Heath had just under an hour before she was to meet someone in brookside and decided not to drive home and then turn around and come back so we went up the street to Mikes.

We got a couple of waters and a couple of "Troost Lights". The bar felt a bit weird at first with the new bright paint and the missing wall but much of the old crowd was still there and after having 3 beers and several waters I asked for the $4.50 tab and decided I still liked the new Mikes for an after work beer.

Then Heath headed to brookside to work on the upholstery on our new dinning room table chairs and I headed home. I started to get a headache on the way home so I got a 44oz ice tea and got out my deck water seal and got to work on the deck. First I put two potatoes in foil in the toaster oven. The sky was clear but very windy and I decided I would probably be safe putting down some seal without rain. I painted some on Sunday and then it rained a bit but the deck looked good where I had painted so I started where I had left off. I got all the rail around one side and then down the stairs done then I rolled the top of the deck to half way down the stairs so we could still use the stairs if we want to.

It began to get dark so I turned on the BBQ grill and checked on my potatoes. I put a can of peas on the stove and got some nice wheat buns toasted with cheese and onions. I tossed two burgers on the grill and cranked it all the way up. The geese from the burgers flamed up so I flipped them over and over real fast letting the flames engulf the burgers over and over. Once they shrank up some I pulled them off and put them on the buns and added catsup, mustard and pickles. I opened the potatoes and filled them with cheese then rolled them back up. The burgers were great a bit pink in the middle but dark and crisp on the outside. I ate both burgers, both potatoes and a whole can of peas.

That was about it for my night. I was tired and my headache was getting worse so I crashed on the couch and watched Rescue Me. Heath came home and brought in the new chairs then I went to bed early instead of taking Tylenol or something. This morning I checked out the deck and it had not gotten rained on and had dried really well and looked good. The can suggests no rain for 24hours and it may be a close call. The forecast shows rain today tonight and tomorrow but the chances look worse tonight then today.

10 Responses to Rain Rain Go Away