It was a big weekend and everything went really well. 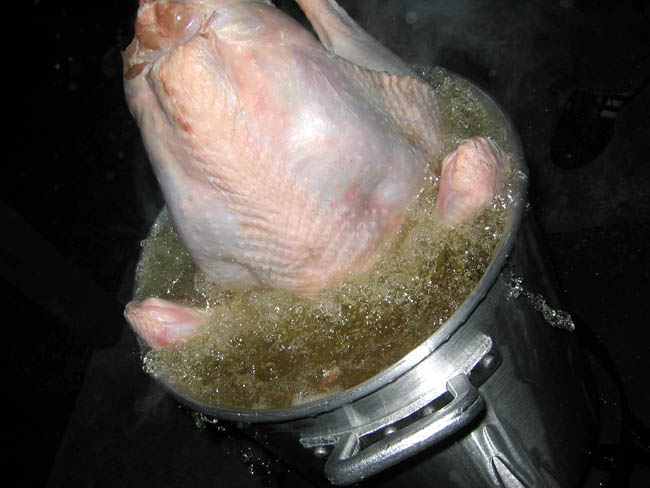 First remember late last week when I talked about Fireman Sam turning into a froglet?

and I showed you this picture. Well I took this new one yesterday morning. Check out how formed his legs got in just a couple days. Also his eyes are moving to the top of his head and his tail is shrinking.

He is really fun to watch swimming around now and appears to surface for air regularly.

Well Friday I came home and got a run in and worked from home a bit then Jon came over and we headed to Stanley KS to meet up with Heath, Peanut and Heath’s friend Amanda. Jon and I were excited to eat at Red Robin.

If you have never been, it is worth a trip as they serve a darn good burger or two. Anyhow we showed up to find the wait was too long and we had to eat at a Long John Silvers/KFC that was in the same parking lot. This was not bad but a disappointment after a big tasty burger. After dinner Peanut and I went home and everyone else went to a country dance class.

Peanut and I grabbed some puzzles and other toys and headed downstairs to play with Matt. We built some towers and puzzles and bridges and Peanut even made a fort behind the couch. Matt and I watched an old House while we played. Eventually it was Peanut’s bedtime and we headed upstairs and read 4 books and brushed teeth and took medicine and got on pajamas. I hung out up there till he fell asleep then came downstairs to play wii with Matt. We played and worked on some Natty.

Heath came home from her class and convinced me to get stuff to make nachos and we ate and drank and played for a while longer. We went to sleep fairly early and got up fairly early. Heath had a pancake feed Saturday morning and left for that and I started cleaning the house. Some of Heather’s family was coming over Sunday for a birthday party and we needed to get everything ready. Peanut woke up and ate some cereal then we went outside to ride his bike and I split wood. The driveway was still too much ice and his training wheels were getting stuck to much. We decided to run some errands and hope the drive melted. Peanut and I went to Price Chopper and Walmart looking for a turkey fryer thermometer and a few other things but only found the few other things. We ate lunch when we got home and Jon came by to see what we were up to. He went home to take a nap and we went back outside and the drive was all melted. It was really nice out so I got to split a bunch and Peanut got out his bike, his tractor and a bunch of balls and played.

When Heath got home I was worn out and Peanut wanted to go to the park so we walked/rode down there and Peanut played for a while. Then we came home so Peanut could take a nap, Heath could clean some of the house and I could follow a craigslist wood post.

I woke Jon up, got a bag of double cheese burgers and we headed downtown. It was an interesting deal when we found our poster. Here is the deal as I understand it from him and my own reckoning.

The Kansas City housing authority put out a contract for someone to cut down any branches in the low income housing neighborhood that were within 10 feet of any building and to cut down any tree that was starting to rot. (This was over 50 trees) Being a government group they took the lowest bid on the contract and "the winner" was the guy that posted on Craigslist.

"The Winner" had like 3 chain saws, 1 truck(w/ expired tags) and 2 employees. He wisely posted his job on craigslist so people like us would come and cut down and haul off wood for him. Free labor. The first tree we were assigned to was kinda rotten and we only got 3 or 4 rounds off it and were able to leave all the brush, rotten wood and weird shaped chunks. Then he pointed out two huge trees in a park that needed to come down. He offered to get someone over to cut them down for us so we could cut them up but we decided to cut them down ourselves. The both looked rotten but were big enough to likely have some good wood somewhere in them.

Jon w/ the bigger saw started on the bigger tree and it fell easily with no problem. Once down we found the problem. It was completely hollow and exploded into pieces and dust when it hit the ground. We did find a few large branches that were solid and got several good rounds. Then we moved to the smaller tree and Jon had to cut a few branches off before we took it down so it would not hit other trees nearby. The branches that came down were big and solid and the wood looked good. We cut it down and it fell with no problem and was solid in the trunk. It was getting dark fast and we hurriedly cut as many rounds out of it as we could then loaded them in the trucks. These were probably the heaviest loads our trucks had ever held. Jon’s wheels rubbed on the wheel wells when he went over bumps. We took both loads to my house.

Heath with the rounds from the trunk. These were so heavy Jon and I rolled it to the truck then both lifted with everything we had to reach the lip of the tailgate and roll it in. The rest of the rounds were not bad either. We unloaded then I stacked the biggest stuff

and piled up the rest behind it.

Then I helped Heath cook some dinner, took a shower then Matt and I headed to the plaza for Kevin’s birthday. Right when we were about to park I got a call from the station and had to go in. I dropped Matt of and headed into work for about an hour. Then I met up with everyone at the bar and hung out for a while. I was fairly beat from all the manmanship of my day and was not in the mood for a hot loud crowded bar and did not last long. I took off early and fell right asleep when I got home.

In the morning we got up early and instantly became uber productive and cleaned everything and got food made and got the house all ready for the 25ish people coming over. We took a brief break for lunch and headed to Gates so we could be messy and not have to clean up after ourselves. Heath and I tore apart a couple of Beef on Bun with Fries and Peanut put down an amazing amount of smoked ham. Then we went home so he could take a nap and we could continue to clean. Once we had our list about done we took showers and Heath was getting dressed as the first guests arrived.

The house looked great and many of her family had never seen it and so we gave some tours. Once the turkey showed up I injected it, rubbed it down w/ seasoning, heated up several gallons of oil and dropped it in. (very slowly and careful of course)

It was a fantastic day to sit outside drink a few beers and monitor the temperature of a fantastic smelling pot of oil and turkey. Everyone seemed to feel sorry for me stuck outside but I thought it was great. After about an hour we brought the bird in and fried some biscuits. Then I carved the turkey and we all dug in. Everyone seemed to be surprised at how tasty the meat was and how well it had turned out being my first time and all.

We gobbled up big piles of food then cleaned up a bit and everyone headed out. We were stuffed and worn out and had no desire to put our house back into order. We all watched 30 min of The Simpson’s then did some stretching then put Peanut to bed. We watched a bit more tv then went to bed early too.