Preparing for the weekend

Posted on February 1, 2008 by thePrewitt

Here is Sam, as you probably guessed his tail is going away even more.

Welll on the way to work yesterday I saw a closing the store 30% off everything sign in front of the Apple Market on 85th and Holmes.

Then at work I checked over my menu for the camp out this weekend.

I had some of the necessary ingredients and Jon and Tony are brining some of them but there was a few things left to get and after work Heath Peanut and I headed to the AM for some 30% action. The store was cleaned out a bit more already then I had expected and the normal prices there seem to be about 25% higher then Price Chopper and about 35% higher then Aldi. So we got a few things on our list and a few things we just needed that were not on our list but they did not have fruit and beer and those were important items on the list so on the way home we had to stop by Price Chopper anyway.

I got a bunch of bananas (bunch = a group of bananas stuck together + many of them) and I am eating one right now.

When we got home I got busy making dinner and Peanut got after a coloring book and some markers. He was pretty excited to color and got a bit careless with the green marker.

While I cooked Heath and Peanut colored more and then checked on all our water friends.

This is the new guy. We talked about names and never really decided if it was a boy fish or a girl fish so I am going to call him Buddy Lee and find out next week if that works for Peanut.

We ate a hamburger helper box w/ turkey leftovers instead of ground beef, I also added corn and peas

and we had some jumbo shrimp, cottege cheese and dinner rolls. Peanut was all over the shrimp and had a bit of turkey and noodles.Peanut needed a bath after dinner and I needed to start packing and getting things together for my trip. I went downstairs and got a tent and sleeping bags, dutch oven, fry pot and a box of camping things like lantern, gas, lighter, plates, utensils, machete, hatchet, camel packs and whatever else was left in there from last time.

I also got the food organized and ready to go. Tomorrow’s lunch is likely to be carried and eaten somewhere along the trail on a hike and so I wanted something light and small. I mixed up a trail mix of things I found in the cupboard and sliced an a couple apples and made apple peanut butter sandwiches. Also we have more apples and bananas and granola bars and string cheese plus anything the other guys find. I got a tub of Crisco ready but it was only like 1/2 full so I added some oil from the fish fry and put it all in the deep freeze so it would solidify and not spill in the Vue on the way.

I got the pack I bought on craigslist and heath and I loaded it up with all our warm clothes and anything we would need over the weekend. It was plenty big for everything and I could probably fit the tent and a sleeping bag on there if I needed to. So as soon and Heath Jon and I get to my house I just need to put all the stuff in the fridge/freezer in a cooler toss it in the Vue and go.

Peanut got out of the tub and we put on his pajamas and read two very long stories in one compilation book. The first story was about a mountain that was lonely then befriended a bird. The second story was about a seed that was small and then became a big flower. 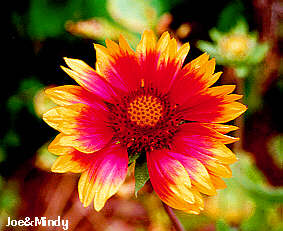 Heath and I were fairly ready to go and were doing a bit of laundry for more warm socks and stuff and had some time to kill. My back has been pretty good but gets a bit sore since the doghouse move and so we did a on demand workout video that was supposed to stretch and rejuvenate your back then we did another stretching one. Heath was worn out and so we decided to break out the little treat we had gotten at Apple Market and get classy.

We opened up a bottle of Blue Hawaii Boones Farm Wine and split it on the couch watching an old My Name is Earl. I didn’t record Lost but I assume Matt did and I just need to decide if I am going to watch these 8 episodes or not after missing most of last season. Eventually the wine was gone, the laundry was done and we got to sleep.

3 Responses to Preparing for the weekend