Heath and I loaded Barry up in my truck in his new Dog Crate last night for a trip to Leawood Park.

I we headed off down the road to the park and did not get far before looking back and finding that Barry and the cage had rolled over on it’s side. I pulled over and strapped it in right side up and we made it to the park in one piece. We did a little running along the path and walking around the path and checked out a small lake and the creek and Barry was not bad. He has trouble walking with us after a run and can’t seem to figure out what pace to walk at.

I’m not sure how far we went or how long we were gone but I do know we got Barry in the crate and came back for dinner. Barry’s dinner was easy I poured a mix of food that came with him from my sister and some from a bag of Best Choice Puppy food we got at Price Chopper and he was done. If you missed yesterdays comments about dog food please go back and tell me about dog food.

Heath and I were not so easy and decided to go out. We got a coupon for a place called Mayan Bistro I think and decided to head there with Stooks. They had 1/2 price margaritas on Tuesday and Matt and I got a couple. Heath and I each got chicken chimichangas and they were fairly tasty but small and not come with any beans or rice. Also the salsa was a bit plain for me. Once done we headed out and forgot to use our coupon. On the way home I saw a bar close to my house (red bridge road between holmes and wornal) that I had never been to or heard of called The Daily Limit. We decided to stop by and check it out. It was a nice low key local bar. They had fishing stuff on the walls and menu and good prices on stuff. Any 1/2lbs burger on the menu and a side is $3.95 on Tuesdays and I think Thursdays. Matt and I decided to have a $3.00 guinness.

Ours did not have shamrocks in the foam

After the beers and a through investigation of the new bar and it’s menu we headed home with plans to check it out further some time soon.

The food and drink had made us full and tired and I saw my plans for a productive night start to fade. I really wanted to get a lot done yesterday so tonight I could focus on repairing Heath’s bearings. 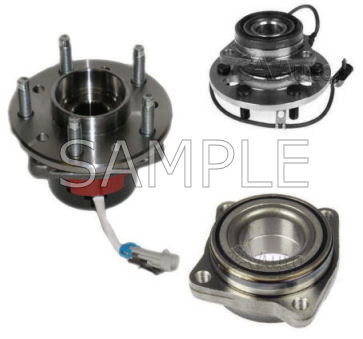 So instead of reading the dog training book, playing with Barry, getting my table ready to tile or putting together Heath’s mom’s project I sat on the couch. Heath and I sat there for an hour or so and watched Leaving Las Vegas.

(I know what you are thinking 2 times in under 2 weeks) but neither time did I finish. Heath and I called it a night after about 1/2 of the movie.

So tonight I’ll be playing mechanic w/ the Vue but I have something for you to do.

Barry has turned out to be a good dog and we saved him from a shelter even though we had not planned to get a dog so soon. Well Barry has a brother Steve (or whatever you want to call him) and he does not have a home. His time with my sister and Ranger is running out and he will be headed to the shelter before too long. Steve has been neutered and has had some of the other dog stuff done to get rid of worms and stuff. He is mostly black but has some white on his tummy and feet I think he looks like a black lab mixed with something. I can get more pictures if anyone knows anyone looking for a new young dog. Steve and Barry are believed to be between 6-9 months.

6 Responses to get er done