After work I took out some fish, tossed some rice in the cooker then pealed cleaned and chopped up garden carrots. I tossed them in the steamer part of the rice cooker. I put some peas, water chestnuts and a can of cream of celery in a skillet. I grilled the fishies with terriaki then mixed the rice, carrots peas, water chestnuts and cream of celery soup all together in a pan. Once the fish were done we tossed them on top and added some manderine oranges. I grilled Peanut a few chicken nuggets. The meal was tasty but the rice mixture was a little bland and could have used some pepper and probably some onions and garlic.

After dinner I went downstairs and Stooks and I set up the projector Stephen checked out for us. We left the window open and the lights on and you could still see the pictures really big and clear. It was pretty impressive. I ran the wedding sideshow through it for a while and it looked great. Stooks had some wedding music for me and so we moved on to his room and

transferred some music from his system to my external hard drive and then to my laptops.

I did tweaking with my play lists and got it all working well then cut out and installed some pictures in the card box with Heath. Once we had it looking good I got the groomsman gifts in sacks. I need to add one thing and toss some tissue paper on top then they will be ready.

I helped Heath replace the silverware with some new stuff we got and haul some of the gifts into the closet in the guest room or put them where they would belong. I folded some laundry.

I got most of the Monday to do list done and decided to pull Peanut away from the Bee Movie for a bit and take him outside. We got Heath and went for a walk/bike ride. Peanut rode around the neighborhood and we practiced going up and down big hills and needing to use the breaks or peddle hard. He did a good job and watched out for cars and stayed on the side of the road like he should. 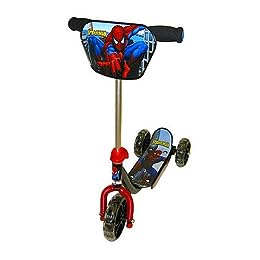 We looped back by the house and he traded his bike for the scooter and rode that for a while but was disappointed that it did not go as fast and was more work then his bike. Eventually we reached the top of a hill and turned around. Going down hill Peanut realized why scooters are fun. He rode the scooter faster and faster till he needed to jump off and run while it crashed.

He was ready to do that all night but we walked home so he could get ready for bed. Stephen came by and we fired up the projector again and made some changes so the laptop could be used easier with the screen saver running.

After we got it all set and watched and played with it for a while, I packed up and headed to work.

I came in one last time to reboot servers and make sure everything is updated and running in tip top shape before my 2 week + vacation. Today and Tomorow are my last days and I’m excited. I got work stuff done fairly quick and could not find any possible problems to work on before I go. I headed home and went to bed.