Promise just a bit of computer stuff then back to normal

Posted on September 5, 2008 by thePrewitt

Google has a new browser. (Browser like Firefox or Internet Explorer)

Have you downloaded it and tried it out yet?

Or even heard of it?

I didn’t read up on it much so my head was clear when I downloaded it yesterday and closed Firefox.

I was excited when all my Firefox bookmarks and passwords and whatnot got moved over and worked great without me needing to do anything.

I was sad when my craigslist photo plug in no longer worked and sadder this morning when I could not post pictures on my site with it. SO I’m back on Firefox for the post this morning then will go back to the speedy chrome for the rest of the day to further test.

So on the honeymoon (reminder honeymoon posts are almost done, all but the last one can be read right now, follow the link on the right) Heath and I lived it up for 2 weeks. We ate and drank as we pleased. Steaks for dinner, steak and eggs for breakfast, burgers as big as my hand, coolers of beer, boxes of wine, low fat or low calorie were forgotten terms. And at the end of the vacation we ordered a meat lovers pizza and a box of hot wings then added a ton of toppings to the pizza and ate the whole pizza and all the wings.

Then that night we weighed ourselves. I was 189.6 lbs. So beginning Tuesday morning we decided to not drink any alcohol work out again and eat healthy. I weighed myself Wednesday night and I weighed 185.8. Almost 4lbs in a day. Wow I’ll wither away in no time I thought.

Well not really Monday night I was stuffed with pizza and water and Wednesday I had eaten light then fiber glassed and moved a ton of granite slabs with out taking any water breaks and sweating a lot. I’ve been forgetful about weighing myself but have not had a drink and been eating well. Last night is probably a good example.

We broke out the new rice cooker and made 3/4 a cup of brown rice. I grilled skewers of shrimp, pineapple and chicken breast. In a new large pan I put a huge pile of broccoli, cabbage, celery, carrots, onion, garlic, mushrooms, squash, cucumber and a bit of soy sauce, hot sauce and no salt Greek seasoning.

Heath and I each got one skewer of shrimp and grant got the pineapple/shrimp combined skewer. Peanut (like any man) loves food on a stick and tore apart the shrimp pineapple skewer before I was able to get a good picture of it.

Heath, Peanut and I split the 2 chicken skewers and I didn’t get any pictures of them but they looked a lot like this.

The shrimp and chicken did not go far but the vegetable rice stuff was a massive pile and I had several bowls before feeling full. I am guessing there were not many calories because I felt hungry about an hour later and that lasted the rest of the night.

After dinner Peanut and I had a secret mission: Momma’s Birthday Present. Peanut is with us till Monday morning then stays with his dad until Heath’s birthday so we needed to get the present early if he was going to help me pick it out. We sneakily told Heath we were headed to the grocery store to get a green pepper then instead headed to some other stores. We found exactly what we wanted in no time and I had like 6 things for Peanut to pick from and I think he made a great choice. We also got a green pepper, a poster board, some ice cream, a garlic clove, and looked at the receivers and audio cables. Ohh and as we were in the Electronics section we noticed they had 3 Wii systems and a pile of Mario Cart games. I called Heath and we decided to buy Mario Cart since we are borrowing Kelly’s and pass on the Wii until Stooks officially moves out and takes it away.

I mentioned 2 purchases I would like some input on from you guys. We always use giant jars of diced garlic for cooking and never use the cloves. Actually we used cloves once many years ago on a vacation in Montana and the garlic was so overpowering we never went back. So anyone know what to do with it and roughly how much to put in something. Some examples may be stir fry, spaghetti sauce or on a pizza? Anyone use this delicious stuff?

I’d guess 40% of the time Peanut eats great dinners and 60% of the time we need to please with him and bribe him and dinner takes forever for him to stop playing with stuff and talking and start eating. Also he can dress and undress himself just fine when he wants to but prefers to be dressed. Often when we are in a hurry to leave for work we cave and dress him. Last night we decided to start breaking these bad habits with the poster board/gold star type system. Some sort of reward/punishment system where he moves up or down depending on how he acts. Does anyone remember how these worked when they were little or have any tips for us. I’ll be reading up on it a bit today and then drawing out some prototypes before we create the board this weekend.

I’m really wanting to involve a cardboard voodoo doll of Peanut that moves around on the board but have not worked out the details quite yet. 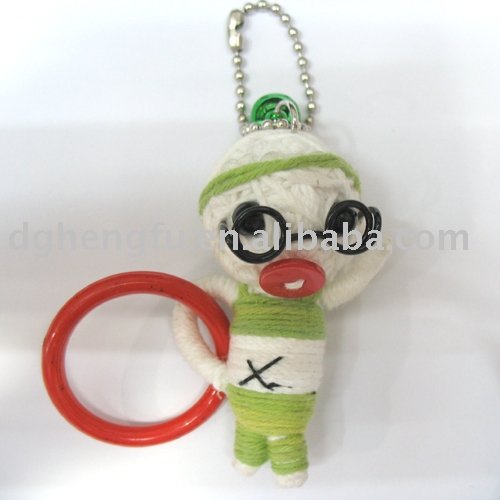 After Wal-mart we had small bowls of low fat ice cream, put Peanut in bed, read a book, then I ran a little bit, showered and went to bed.