So Peanut and I stayed home yesterday. I got up at my normal time and painted in the basement cleaned some dishes, did my post fed the dog moved some stuff outside and then Peanut got up. We played Lego star wars. Well, actually  I played and he cheered and ate donuts. We completed the first movie and were pretty pumped. Then Peanut got dressed and played in my truck bed and in the boat while I mowed the front yard. Then we headed to the Plaza library to meet up with some KCUR folks and do a site survey for a remote. While I was working Peanut sat quietly on the floor and looked for Waldo in some books we checked out. 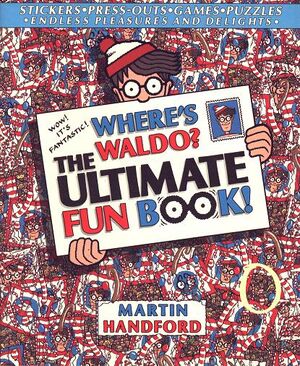 Then we headed home and I made awesome peanut butter and banana sandwiches. After lunch Jon came by and we worked on the boat.

Peanut lounged in a chair and ate lunch and watched a movie for an hour and then was allowed to play. While we worked he climbed the tree and the truck and screwed around. At 4 we cleaned up and planned to start dinner but Heath called and let me know we had some family coming to watch the game and they wanted to do waldo pizza after so I didn’t need to do dinner. We just relaxed till the game.

Then it was on.

Peanut had 14 fans show up to cheer him on and I don’t think he let them down. We played the sharks in the black jerseys and they had a ringer.  A red head boy that was bigger and taller then everyone else so the first two possessions the sharks had went like this http://www.youtube.com/watch?v=vPKBa3SCEvA

He blew past our guys with no problem. I was afraid they were going to run him every play but luckily they mixed things up and our coach had some tricks up his sleeve. On our second possession we  did this play http://www.youtube.com/watch?v=qApRtUSiIqY It’s from kinda far but the QB drops the ball as he hands it to Peanut, then Peanut drops the ball right after he gets it but somehow pops out of the crowd with the ball and runs down the side line. Goliath catches him inches from the goal line but it got our team going.

We scored the next down and then coach gave the defense a pep talk of sorts. http://www.youtube.com/watch?v=g_Mvsjjle3Y

It was a little rough but did the job. For the most part we took turns scoring about every possession until the last play of the 1/2. Missouri was on defense and the Sharks ran a hand off and run to the outside play. (this is play every team runs every down pretty much) The running back tucked the ball in and made a sprint for the goal line. Our team gave chase and Peanut was on his heals.

He ran as fast as he could several yards with his hand out stretched for the flag.

Wow it was cool. So the kids got drinks and a bunch of pep talking from coach and parents

Then we went into the second half. It was lots like the first half with this kid dominating

but we kept up with them and scored each time they did.

Until coach got an idea that gave our defense an advantage. Instead of lining the players up on the line of scrimmage and telling them to pull the flag once the ball was hiked he held Peanut back as safety and let the other kids rush. 4yr old boys love to run and coach had to hold Peanut back until just the right moment then he would point him in the direction of the running back and let him loose.
http://www.youtube.com/watch?v=NW-Fyer_rME

This really through off the offense, they were used to being chased, not to find players running at them from the front. This made them hesitate and that was enough for the defense to surround them and get the flag. And you can tell from the video I like team work.

We did this on most of the plays after and it really helped. It was a really fun game and the weather was so nice. At the end we did the good game hand shake http://www.youtube.com/watch?v=kFC5zD_yWO0

and then the kids all ran laps and we headed out.

I’d like to clarify that my stories from the games are the way I remember them as a parent and probably not the way the other parents remember the games.  They may remember the play where Peanut could have easily pulled a players flag but instead stopped abruptly because his shoe came off and he needed it back on right away or maybe something their kids did. However in the huddle after the game even though it’s not a competitive league and we don’t keep score coach worked the kids over about pulling the flags then praised them for running offense so well and said if he had to pick an MVP for the game it would have been Peanut. The kids had no idea what this meant but I was pumped.

If you want to see for yourself what it is really like for 3 and 4 year olds to play football, you have 1 more chance. Tomorrow night at 6pm is the last game. It’s on 103rd between Holmes and Wornall.

After the game we gave a quick tour of the basement to Heath’s aunts and uncles, then headed to Waldo Pizza to stuff our faces. We got to bed a little late but took the time to cool down with a story and put eye drops in before bed.