Where Else Can You Read About Someone Doing Housework 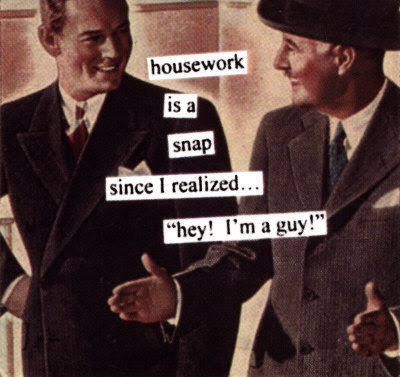 Please lower your expectations of the post today, It was rainy and the house was a mess.

Before leaving for work yesterday morning I took out some ground turkey and planned to make spaghetti with it when I got home. Once home I got the turkey browning in a pan and cut up some onions and black olives to mix in and discovered we had no spaghetti sauce. I thought about trying to go get some or making my own with random cans of tomato paste and sauce but then found enchilada sauce and almost made them but then I found a can of biscuits and decided to go a whole different way for dinner.

I got the turkey browned and chopped up a bunch of carrots and added them to it, then a bunch of fresh broccoli and cabbage. I added some cottage cheese and 2 cans of fat free cream of chicken soup and let the whole thing get nice and hot. I opened the can of biscuits and squished them together and spread them out as good as I could.  Once my pan of turkey and vegetables was good and hot I poured it into a baking pan and then topped it with the layer of biscuits. I stuck it in the toaster oven for about 10 minutes then got an egg white and basted the top with it. After that I gave it another 10 minutes but 5 probably would have been fine.

I had also shucked and boiled some corn. We took all this food and some butter, salt, milk, and sriracha downstairs and ate on the coffee table down there. Eating downstairs is still a treat plus the kitchen table and family room couch were pretty crowded with junk. It was a great dinner and we all ate a bunch.

For a little while I thought we were going to eat the whole pan but we ended up with just a little left over. During dinner we watched some History Channel special on the fishing industry. After eating we finished the show and digested for a bit then got busy on  Spring Cleaning Night at the Prewitt’s.

I saw the night as having 3 goals. The first was Heath’s desire to get Peanut’s room cleaned up and organized so she can start fazing out some toys he is outgrowing. The second was to get the kitchen super clean so any ants in the area don’t pay us a visit. The 3rd was to get the house ready for an appraisal on Thursday. We are about done refinancing the house and while I was getting dinner ready a loan lady came by and we signed a bunch of stuff for her. I’m excited for this to be finalized and be able to put a chunk of my paycheck somewhere else.

So Heath and Peanut got after his room and I started on the kitchen. I got all the dishes in the dishwasher and started it. Then I took all the stuff off the stove and cleaned it. Then the counters, I got them picked up and wiped down. I moved stuff around and then swept and mopped the floor. Usually Heath mops the floor when I am working on something else and she loves to use some stinky hippy soap stuff.

She thinks it smells fine and likes it because she can get it in bulk and it saves baby seals or feeds starving aborigines or rebuilds the rain forest or has some such cause linked to it. However she was back in Peanut’s room and I was the one mopping so I left that smelly junk in under the sink and broke out the Murphy Oil Soap.

This stuff is great.

I like smell much more and it reminds me golf balls. When I was a young lad I would play in a creek on a golf course and collect golf balls. We would dig them out of the mud or scoop them out of the creek and wash them in this stuff then sell them to golfers or my Gramps.

So anyhow the kitchen got clean. Then I picked up everything that Heath and Peanut had not already gotten out of the family room. Then I moved around furniture and rugs and vacuumed the floor. Once I hit the hallway I was in good shape. I started doing some laundry and picking up our room and even headed downstairs to play on the computer a bit.

I installed a torrent program and started downloading free stuff from it for my first time.Then Peanut and Heath started yelling for me. I helped them move some book shelves and hold up the bed and move the rug then Peanut got on pajamas and we had cookies and sherbet. Then he brushed his teeth. This is 2 days in a row of eating oreos before brushing his teeth and he likes the black spit that comes out. We read some books then Peanut fell asleep. Heath went to Target for a few things and I folded laundry and cleaned up our room.

Once Heath was home she laid out her old Marine uniforms and took pictures of them then we loaded them on the computer and I showed her how to post things to craigslist. She made a bunch of adds for various clothes and stuff from her old military days. I watched for a while then got tired and went to bed. She came shortly later.