Yummy in my tummy

After work I headed towards home but did not drive all the way. A mile or so from my house I pulled off and parked at the Federal Complex and sat in my car reading. I was a little early for our daycare tour and didn’t mind as I had a brand new book in my series to start. At lunch time I looked up the Mammoth Hunters book and it showed the plaza library and waldo library had a copy. Plaza was closer and I went there but the book was not on the shelf so I drove to Waldo and got it. On the way back I hit a McDonalds drive through and got an ice cream cone and 2 mcdoubles with mac sauce on them. Adding mac sauce was a new one for me. It cost me  $0.30 and they also put on catsup and mustard so it was a little too saucy and some lettuce really would have helped.

Shortly later Peanut and Heath showed up and we toured the daycare. They only have 1 spot open so we may need to decide soon. It was nice like all the other places we toured but the 1 really cool thing they had was giant 4 baby strollers they took the babies for walks in.

The tour was pretty quick and after we headed home. Heath and I chilled on the couch with our books and Peanut got busy some some project. He didn’t tell us what he was up to and we didnt ask he just got the glue and crayons out and got to work. Eventually he got stuck and I broke out the duct tape and then he got right back to work.

I got started on dinner and then Peanut finished his project and spent the rest of the night blasting us with his homemade Star Wars Blaster. 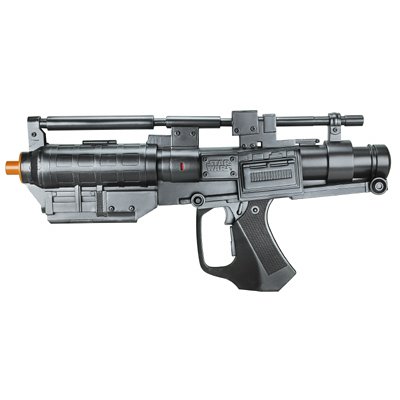 I got a tube of biscuits and squished each one down as flat as I could then baked it a little. Then I squished them some more and cooked up a little steak and made some sauce and cut some onion and green pepper and set out pepperonis and cheese. Then we started making our mini biscuit pizzas.

This all worked really well. Peanut had fun building them and they were tasty and really easy. Once we had a pan full I stuck them back in the oven on broil for a little bit.

Then we made another pan of them and sat down to a dinner of pizza, salad and cantaloupe.

I ate 3, Heath ate 2.5 and Peanut ate 1. Heath was super excited about the dinner as it was her idea to use biscuit dough and she reminded us what a great idea it was.

After dinner Peanut cleared the table and Heath put on shoes then we headed outside for a walk. We were stuffed, it was humid, Heath is pregnant and I was eager to watch Star Wars so we just went around the block. Peanut rode his bike and went back and forth getting ahead of us then circling around us.

He is getting pretty good and likes to show off a little but still is not that interested in stopping gently or getting on himself.

After our walk we hurried inside and Peanut put on his pajamas. Then we assembled on the couch and started up Star Wars 1 again.

It’s pretty long and we had already watched some of it but we did not finish before bed time. I think Peanut is really into this movie and reminds Heath and I every couple minutes that young Anikin will someday be Darth Vader… but he is good right now.

Peanut went to bed and we paused the movie for the night. Heath and I talked a bit then she worked on dishes and the kitchen and I started preparing for this weekend.

This weekend I’m canoeing from Lawrence to KC, a little over 50 miles and camping and fishing along the way.  So I wanted to get the van cleaned out, the canoe ready, my gear ready and get the straps and stuff needed to strap 2 canoes and a kayak to a vehicle.

I got about 90% packed then got another bag and started packing it for the hospital. We probably should have had an emergency bag packed by now but we have not found the time for it yet so I thought if I got one and put a few things in it we might get motivated to get it all packed sometime soon. You can find more info about Heath and the baby at her site http://mysideofthings.wordpress.com/ but basically we could need to spring into action at any time now.

Once I was done and Heath had the kitchen spick and span she suggested folding laundry and I suggested reading our books and we went for the books and read till bed.