We cancled the little we had planned…

…and had a great time winging it.

Friday afternoon Jon, Kelly, Heath and I were the only ones in on the PSU game and bacon burger dogs. None of us cared that much about the game so we decided to save our parking money and stay home. Heath and I relaxed after work, taking naps and reading until it was time to make a plan for the night. Heath came up with the idea to go to a drive in movie. Jon and Amanda were also looking for something to do and we figured out what was playing then rushed to get there.

Heath and I tossed a bunch of chairs and pillows and snacks into the van. Then we picked up some deluxe angus burger meals at McDonalds. 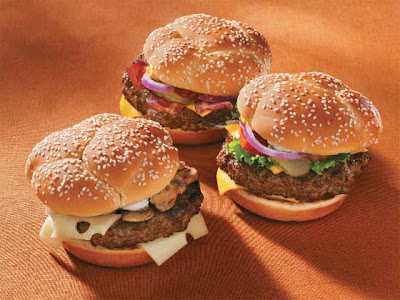 Then we picked up Jon and Amanda and got a case of natty and rushed to the drive in. We found our spot and fiddled with the radio and got chairs and coolers and all set up. It was a great night weather wise but the radio was getting a terrible signal. Halloween 2 was a strange movie and it took us a while to figure out the sound was not supposed to be strange that we had something wrong. We ended up leaving a car door open and putting a can on the antenna and maybe they fixed something but afterwords things sounded good and clear and loud through the van speakers.

Halloween 2 was pretty terrible but was good to get all the kinks worked out and get us full of snacks and drinks. Then we watched Inglorious Bastards

It was really good had us on the edge of our seats.

After two movies and a long drive home it was late and we were tired so we headed to bed. In the morning Heath and I slept in then got busy on house cleaning.

We vacuumed everything on both floors and swept and mopped and dishes and bathrooms and even stowed the boat away for the year.

We also made an Aldi run for more groceries and cooked up some amazing hoagie sandwiches. At 3 we were pretty worn out and the house was in great shape. Heath and I showered and laid down to relax eat some ice cream and watch some tv. We got most of the way through our ice cream when the doorbell rang and Jon and Amanda and Amanda’s dad and step mom showed up to BBQ. Shortly later Kentaro and Chiaki and my sister joined in. We all sat on the deck enjoying the weather and having some drinks until we started getting hungry.

Then we all chipped in to fill the grill with burgers, make some pasta, salad, fresh pico de gayo dip celery and peanut butter and some chips and stuff. Everything was really tasty and we filled the table with food. The pico de gayo dip was spicy with some garden fresh peppers but everyone loved it even those that don’t usually like spicy stuff.

We digested for a bit then cleared the table and made way for 2×4 jenga.

We played several great rounds and the tall slightly wobbly table was an added challenge. As Amanda’s folks got ready to leave we took a quick tour of the nursery and basement. Jon rushed ahead and got the karaoke system going. Of course once it got started no one could leave till several good songs were sung.

eventually Everyone headed out but KK, Chiaki and us and we got out the Wii. We ended up playing Smooth Moves late into the night. In the morning I cooked up a bunch of blueberry pancakes potatoes and eggs. After breakfast we headed to an Asian Market. They were not open yet so we spent 30 or so minutes walking a nature trail near there.

Then we got a bunch of exotic food and Heath and I rushed home to watch the Chiefs.

We watched till 1/2 time and ate some chips then paused the game and took a break to work on projects. Heath continued her sewing new cushions for the nursery rocker.

She took a bunch of pictures and plans to give you some details on a post of her own but I’m going to spoil the story and go ahead and show you over the course of Sunday she did a lot of work on them and got all 5 cushions sewed up and back on the chair and it looks awesome.

Just a reminder we got this chair for free on Craigslist. One day Heath was working from home and an add came up with someone saying they were putting it on the curb and she rushed over and picked up this chair.

and turned it into this chair.

So where was I when all this sewing business was going on.

Downstairs defending the universe one lego block at a time.

I got into a serious wii mode and spent a lot of Sunday on it. I moved from somewhere in the 40% of the game completed to 51.3% completed and it was a lot of fun and I am really excited to show Peanut some new stuff tonight.

At dinner time Heath and I took breaks and I grilled up a terriaki sesame ginger pork tenderloin that we got all wrapped and marinated and stuff from the store. While it grilled I made up some vegetable dumplings we got at the Asian market and some fried cabbage and noodles and we made big mugs of miso soup with lots of fresh tofu in it.

Everything was really tasty and we ate by the tv watching the 2nd half of the game. After the game it was back to wii and sewing until reading time and bedtime.

2 Responses to No PSU Game