Leave me home alone and we get a cooler web

I didn’t rush home after work and I didn’t get started on dinner. I had most of the night to myself and nothing I needed to do. Heath and Peanut were going from school/work to an eye doctor appointment for Peanut then a pro preg photo shoot for Heath then a hair cut for both and visiting with family all along the way.  I was mid way through a Wii Star Wars level so started the night there because ghost Anakin was not going to get through it without me. 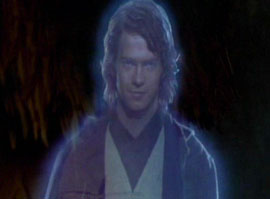 After finishing off the level I headed to the kitchen because it was a huge mess from muffin baking, breakfast in bed cooking and just generic clutter. I got all the dishes clean an the clutter picked up then moved on to the basement I carried some junk down there then got a few tools and materials and headed to the hot water heater.

(it is a little tough to see but there is a water heater and the copper pipes, a roll of duct tape, flashlight, box cutter and a tube of insulation)

A few weeks back I started reading

and it acted like I should insulate my hot water pipes. During my mini home audit I noticed none of mine were and wondered if it really mattered so I asked the internet. According to the U.S. Department of Energy insulating the pipes reduces heat loss (duhh) and can raise the water temperature 2ºF–4ºF so you don’t have to wait as long for the water to heat up and you don’t need to turn the nob as hot. Pipe insulation is cheep and easy to add so I picked up a handful of the deals and Home Depot a while back and got busy with them last night. I started about 6 inches above the tank and worked my way up from there.

It forks and forks again and goes all over the house and my 6 tubes of insulation barely made a dent. I guess the closer you are to the tank the more helpful the insulation is but I plan to get more and keep working on getting more of the pipes covered.

Once I was out of insulation I went outside. I moved the boat under the deck a little bit to get it more out of the way. Then I put both motors on the back and got the wheels blocked and put a tarp over the top. I used old fishing trot line to tie up the tarp and put a pile in the middle to make water drain.

I got it tied up better then I ever have before and intentionally left the motors out so Jon and I could work on them if we ever got the time and motivation. Then I worked on my firewood cover in the backyard and hung up some old tarps to dry and air out. It started to get dark so I headed inside.

As I walked up the stairs I noticed this.

It’s a chunk of trim in the basement stairs that has been broken. Last weekend I took the nail gun into the stairwell and fixed up all the trim there I could but I didn’t have a piece for this spot. The trim in the garage/basement stairwell is really beat up because of this pile of coolers and stuff.

It’s actually worse usually as Berry’s kennel is also in the pile. Every once in a while I go to get something from the shelf and everything or something falls off the shelf and bounces down the stairs destroying trim as it goes.

Well the pictures kind of spoiled it, since they are all after shots but I attached 2 boards above the stairs and screwed a bunch of little loops on it. Then I ran more old fishing line between the loops and created my cooler web. So now when I start an avalanche it hits the web and stops.

As I was finishing up Heath and Peanut pulled up. Peanut was asleep in the car but woke up after they pulled into the garage I carried him and put him in bed but by the time I got him there he was really awake and his brain went back into delay bedtime mode.

So he got his pajamas on and got some stories and hugs and kisses and stuff and eventually he really was in bed. Heath and I visited in the kitchen about our evening adventures and I worked on a little dinner. I was pretty sweaty and needed to cool off so after dinner I headed downstairs to play wii untill bedtime. Heath worked at her craft tables on thank yous until we were ready for bed.