Got to use your imagination today

On the way to work I realized I forgot my camera and figured this post would be bad.

Then I remembered the 38 pics Brook took. So today’s pictures are not of what we did but they are cool.

Heath and Pumpkin were out running errands when I got home but Heath had told me she would be hungry and ready to eat so I got started on dinner. I got a bunch of cabbage boiling and made a big salad and tossed some turkey burgers on the grill. Eventually I topped the burgers with red onions and cheese and toasted the “buns” on the grill. The buns were not normal buns but some sort of flat bread stuff that Heath is in love with.

I coated both my burgers in a thick coating of Franks Wing sauce. 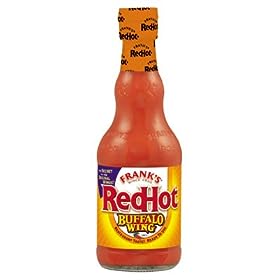 Heath liked this idea and added some to her mustard. The burgers were really good, the salad was pretty standard and the cabbage was pretty boring as I didn’t add enough salt and no oil. After dinner we cleaned up the table and Pumpkin ate.

After dinner we were not sure what to do. First we watched a bunch of videos online of how to change cloth diapers and I got excited about trying out the techniques. So once Pumpkin was full we changed her and since our normal fold had been pretty close to the newspaper technique we decided to try out the bikini fold. It sounded more ladylike anyway.

Once the diaper was done we were not sure what to do again. I wanted to get working on a project or go for a run or burn some energy somehow, Heath wanted to watch some King Tut show on TV and neither of our ideas appealed to the other at all. I ended up playing with Pumpkin and wondering around the house picking things up at random and putting them away. Eventually I strapped Pumpkin into her frontpack and hit the stairs. We walked up and down the garage stairs untill I was sweaty and my knees hurt. Heath saw this exercise and got motivated to pick up some arm weights and work her muscles during commercials.

Once the show was over we got down to business. Pumpkin was still in the frontpack and we pushed the ottoman out of the way and broke out the Wii. We played several games of tennis in which we both had to stand up spread out and keep moving at all times. Pumpkin demands that I keep moving at all times anyway. It was a little tough to hit my backhands with the baby in front of me but she did not mind at all and snuggled in and fell fast asleep. We played tennis till Heath was bored then played Wii Fit and tried fake running a while and played a few other games before deciding to sit down and change Pumpkin’s diaper.

The clothes were dry and the outside of the plastic cover was dry but everything else was wet. The diaper was completely soaked. We should have realized right after eating she needs to be changed pretty quick after to put her in a diaper. However the diaper needs to be washed if she pees a little or a lot so it does not really make a difference, the good part was her clothes were still dry and the cloth diaper setup had worked better this time then before.

Once she was clean Heath fed her and we kept switching the tv between the wii where we were downloading a new game and Cops. Eventually the game finished and we tried it out. We got it for Peanut and we are pretty sure he will love it. He is all about Where’s Waldo or books where you find something or find the differences between 2 pictures. There are 3 games and in 2 of them you look for 5 differences between 2 pictures and point them out and click on them then move to a harder board. One has a time limit and one lets you go as long as you want. You can play 1-4 players at a time. The 3rd game is one big picture where you find 5 hidden monkeys. It is a little harder but kept us entertained for quite a while and we had not even had anything to drink.

Eventually we gave up on the game and put things away and started getting ready for bed. Heath had some phone calls to make and Pumpkin and I played for a while then all of us watched some TV and got to bed.