I had a busy afternoon and got stuck at the office for an hour and a half or so longer then planned.

I was not this happy about it.

I was not really sure how long I would be stuck there so I told Heath to get dinner started without me. She sounded a little funny on the phone but I was busy and didn’t think much of it. Lucky for Heath Pumpkin wanted a nap after work and while she was sleeping Heath got dinner started.

We had talked earlier about having spaghetti and she set out to make some but got worried that we didn’t have enough pasta or sauce. She went ahead and got water boiling a bunch of veggies ready and made most of the sauce.

When I got home I could tell she was stressed but not about what. Cooking is usually calming and relaxing to me but she didn’t have a set plan or recipe and it this was stressful for her. I helped out and we decided that since there may not be enough spaghetti to add some chicken bacon ranch pasta too. I talked to Stooks and he headed over and brought some bread.

Pumpkin woke up and when Stooks showed up we let him entertain the baby so Heath and I could finish up dinner.

At dinner time we let Pumpkin play on the floor and practice trying to crawl while we ate. Both pasta dishes and the bread and the broccoli were great. All of us went back for seconds and I think Stooks had 3rds. All of us were pretty hungry and it was good we ended up making 2 dinners.

Once all the food was gone we headed downstairs and put in the hangover.

It’s been around for a long time but none of us had seen it. As expected it was pretty funny and we all were laughing through the whole thing. We took a little break in the middle for diaper change and root beer refills. After the movie was over we fired up the Wii so Stooks could check out Lego Batman. 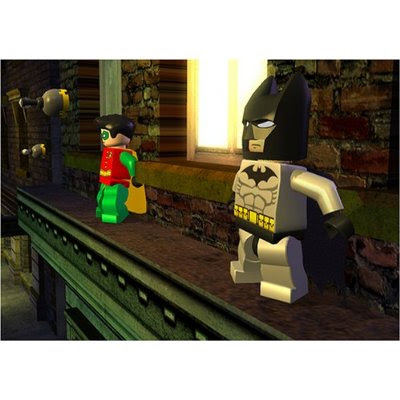 We beat one new level and he was pretty impressed with how fun it was. Then we hung out till 10 and then we started yawning and Stooks headed home.

I got the trash out real quick then headed to bed.