A Main Course of Painting with a Heafty Side of Playing

Pumpkin really had fun, she looks sad because I would not give her the camera.
Friday I left work and headed to Jon and Amanda’s house.

I went to help Jon paint the interior and for some reason I was thinking it would be a couple hours of painting then I’d have some time to play. I surprised to find out I would be there for the next 8 hours minus a break in the middle for dinner. At first it was cool to see all the drywall that had gotten put up over the last week.

All the walls and ceilings were in and we started off wiping down all the doors, windows and trim and getting all the drywall dust under control. Then we taped off all the windows and doors and trim with masking paper and tape.

Eventually the house was ready to paint and we got out the paint sprayer and a 5 gallon bucket of primer.

We put on masks then Jon started in 1 corner and started spraying. I followed behind him with a roller.

He sprayed each wall and ceiling and I rolled the paint right behind him. The sprayer got the paint on the wall and the roller spread it out and helped it stick to the wall and gave it a nicer finnish.

We covered everything in a thick coat of primer.

I didn’t want my shoes getting paint on them so I went barefoot during the spray.

Once the coat was up we had a couple beers and caught our breaths then I headed home and Jon cleaned out the sprayer. When I got home I discovered I was missing out on a Cops marathon. Heath, Pumpkin, Amanda, Alli, Tony, Felicia, KK and Chiaki were all hanging out. I had a beer and told them about painting then everyone but KK and Chiaki left and I took a shower and went to bed.  In the morning KK and I got up just before 7am and headed to the bar.

We got to Tommy Farha’s ordered a couple of these and asked them to put on ESPN. 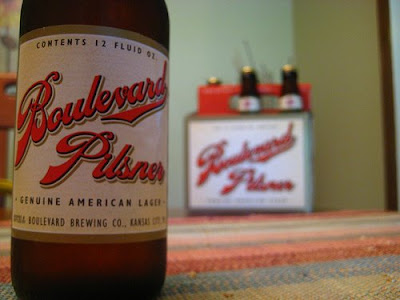 We missed about 30 minutes of the game but we spent an hour and a half watching Japan play in the World Cup. We got 2 beers each then Jon showed up and watched the end with us. It was just us 3 plus 2 bartenders and an old guy with a hole in his throat for breathing/talking out of. Japan lost and I think the whole guy got us another round. We drank these pretty quick then headed to Burgerking for breakfast. After a filling breakfast we went back to Jon’s house to start covering up the primer.

Everything had dried really nice and looked good.

We spent a bunch of time putting up tape and paper along the ceiling then got to the paint.

then sprayed the main living room and kitchen in a light green.

The rooms went fast and it probably took just as long to switch colors as it did to paint. Once we were done painting we each had a warm beer from the back of Jon’s truck then KK and I headed home. We stopped at the hardware store on the way home and got a large sheet of plastic. Then we got out my bags of grass and an old holey pool and the plastic and started putting them together.

While we were working it started pouring down rain so we went inside and got some lunch then took a nap. While we were painting and water slide building and napping the girls were helping my sister wedding dress shop.

I’m not sure on the legal issues with putting wedding dress pictures up before a wedding. After shopping the girls had worked up an apatite and went out to lunch and even Pumpkin chowed down.

KK and I got up at 3 and headed back to Jon’s. When we woke up it was hot and sunny again. The first coat of paint was dry and the second went up quick. We all knew our rolls and how it worked and got after it. In an hour a 2nd coat of paint was up and the house was looking great.

We headed home all hot and sweaty and got back after our water slide project. We grabbed the old carpet from the basement and some sleeping bags and rebuilt the pool then stretched out the plastic for the the slide. Once it was assembled we ran a hose from the rain barrel and rolled a 2nd barrel down the hill. Before it started raining I put the rain barrel drain hose into my extra barrel and it was full. So we dumped both barrels down the slide to fill up our pool.

Jon had cleaned up and put on a swimming suit and came over to help steak it down, then it was ready.

Ohh yeah KK and I put carpet under the slide to make is smoother and a piece of eggshell foam at the bottom for more padding. In no time a small crowd formed.

Besides sitting on the pool we used the slide.

we used it a lot

Once we had all slid some we all sat around on the slide/pool and had a few beers and I played with Pumpkin.

She really liked crawling around on the slide and playing in the water.

Eventually we all worked up an appetite and slid a few more times then went in for dinner. While the guys were building a water park the girls were creating sushi-fest.

There were 2 massive trays of sushi and a plate piled with fried dumplings and all sorts of tasty stuff.

We changed and fed Pumpkin and everyone helped out get dinner ready. There were all sorts of flavors of sushi but the best were the yellow fin tuna steak ones. I got a cast iron pan as hot as I could in the oven then tossed the steak on it for 60 seconds on one side then 30 on the other.

Then Heath, KK and Chiaki rolled it into the rolls.

We ate and ate and ate. We were eventually able to get rid of all the dumplings but we could not eat all the sushi. We cleared the table and broke out Scatagories. We played this game most of the night. The babies went to sleep and we played and played. Eventually we moved downstairs and played some pool then called it a night and went to bed. In the morning I fried up some really good potatoes and made a pan of eggs with a lot of the leftovers in them.

After breakfast KK and Chiaki and I talked about the road trip a bit then they headed home. I mowed the front yard then Pumpkin and I went to my moms and I mowed her yard while she played with Pumpkin. Heath went to her work and got some stuff done. Pumpkin and I got groceries at Aldi on the way home then met Heath at home and unloaded the groceries. Once they were put away I headed back to Jon’s. He had taken down all the tape and paper from the ceiling and we put up new paper and tape on the walls.

Then we loaded up the sprayer with flat white paint and got after the ceiling. It was like 120 degrees in his house and I was pretty low on sweat from mowing so rolling the ceiling really wore me down. My arms were aching by the end of it. Once done I caught my breath in the shade then headed home while Jon took down paper and tape. Once home I changed, grabbed the girls and hit the pool.

We didn’t really turn on the water or use the slide but we did lay around in the pool part. Pumpkin crawled all over and we did splash the slide and scoot her around on it.

Then we headed inside for dinner. While I was painting Heath made some really tasty spicy curry stuff with chicken and pork sausage and a bunch of mushrooms and potatoes and stuff. We ate that and Pumpkin ate some cottage cheese and we all watched some Cops. Pumpkin got fussy and went to bed. Then Heath cleaned up the dishes and tried to fix our internet. I moved a bunch of stuff around and got it working good. Then we headed to bed early.