Posted on November 3, 2010 by thePrewitt

I got home from work and Pumpkin was just getting up from a nap and super happy. We sent Nanny home and she laid in my nap and drank some milk. I took a little break in the middle to cut one of the spaghetti squashes we got from the farmers market into quarters.

Once Pumpkin was done with the milk we put shoes on then headed outside to play and wait for Heath and Peanut. We played with a ball and a truck till the van pulled up. We headed inside and Heath and Peanut went into Peanut’s room to sort through Halloween candy and I fed Pumpkin and cooked dinner.

I cut up some leftover brauts and put them in a pan and added some turkey meatballs and spaghetti sauce and some leftover pinto beans. Once my squash was done in the toaster oven I took it out and scraped the squash out of the shell with a fork.

I scraped all 4 quarters clean and saved a little cup for Pumpkin and put the rest in my pan and started to let it all simmer.

In another pan I cut up all the stuff I wanted in mine that Peanut would not like. Spinach, onion, green pepper and mushroom went into pan 2. In pan 3 I put a little water and a big handful of edamame (soybeans) and a little salt. 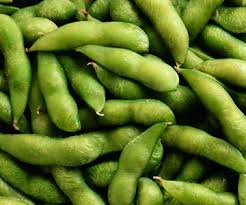 Pumpkin was still interested in eating but I wanted her to eat some at dinner time too so I cut her off and took her to baby jail. I just needed everything to simmer so I joined her. Shortly later Heath and Peanut were done with the candy and Peanut joined us in jail and Heath headed out to vote.

We mostly played on the house/slide. There was no structured game it was just the kids being goofy. Pumpkin jumped off the side of the slide mimicking her brother at one point without notice but I was there and caught her. We shot pretend guns and drank pretend tea and put all the kids and toys down the slide a bunch of times.

I tried to talk Peanut into a pre-dinner shower but he decided to read his book a little bit while I read a few books to Pumpkin.

She loves turning the pages more then hearing the story so instead of reading I just try to point out a few things on each page before it is time to turn. We started getting pretty hungry and luckily Heath came home. We all jumped into action and got the food on the table and the people sitting around it. I didn’t take any pictures but my spaghetti squash spaghetti simmered a bit then was all mixed up real good and topped with cheese. Then I tossed the pan in the toaster oven and baked it on low heat till Heath was home. I really didn’t know what I was doing with the squash and am not sure I did it right but we ate it and it was pretty good so I’m taking the win.

Peanut ate really slow and dinner took quite a while. I gave up and started washing dishes. He eventually finished and hopped in the shower. Pumpkin ate all her squash and everything else I could find. She was still eating at a pretty good pace as I was doing the dishes so I found random things to give her and Heath passed her a few crackers. While doing dishes and cleaning the kitchen I cut up some carrots, green beans and broccoli and cooked them up for today’s Pumpkin food. I also cooked some turkey ham for both the kids.

Then once the sink was cleaned I stuck the very full baby in it and hosed her down.

From the back it almost looks like Pumpkin has some hair. She is getting some real nice curls back there when it is dry. After bath time I got Pumpkin’s pajamas on and Heath got her in bed. I put the food for today away and then Heath and I finished True Blood Season 1 on the couch. Then headed to bed.