Heath and I have been watching a lot of a TV show called Dexter. Thursday night I cooked up some deer steak, made fried onion rings, french fries and asparagus and then we started watching the show. Stooks joined us and we had a few beers. We took a break and watched a movie then put Pumpkin to bed and watched more Dexter till we were falling asleep. Friday I cooked up egg sandwiches and sweet potatoes and we watched some more and played with Pumpkin. When Pumpkin was taking a nap I got off the couch and went into the woods with Berry and went running for a bit. This was my first time trail running since I rolled my ankle and so I went back to the same trail. This time it went great and I had no trouble other then feeling out of shape as the hills kicked my butt. Berry was super excited and we saw several white tail deer for him to chase.

I got home and messed around the house a bit then we got dressed up and went to my uncles for a Christmas Eve party.

We talked with family and had a big meal and dessert and it was a really nice time. Then we headed home and got Pumpkin in bed and us not far after. In the morning Heath and I got up and showered and dressed and loaded the van up then woke up Pumpkin and took her to my mom’s house for Christmas morning. We started out with a big breakfast.

We all ate a bunch even Pumpkin.

Then we opened gifts. Pumpkin is starting to understand how to tear the paper off gifts and thinks it is pretty cool.

She does not like to wait for you to get the toy out of the box and cut all the little plastic ties and stuff but once it is out she gets after it.

We had a great morning of Christmas presents and everyone got really cool stuff.

Then we headed home and everyone else went on to other Christmas parties. Our house was a disaster. We had been spending all our free time watching Dexter and Heath had not been feeling well and Pumpkin and I had been building all sorts of things in baby jail. So we put Pumpkin down for a nap and got busy on dishes and cleaning and setting up for a Christmas party.

It went pretty well and once the house was in good shape I went out for a run w/ Berry. Then we all got cleaned up and started making some food. Heath’s mom and siblings came over and we had a taco fest and opened more presents and played games and watched a movie. 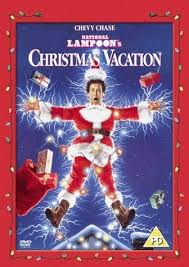 Everyone left and we put Pumpkin to bed and watched more Dexter till bedtime. In the morning the house was a bit of a mess again. We cleaned it up and packed up a bunch of baby gear then headed to our friends Geoff and Ashley’s house to watch the Chiefs game. A bunch of friends were there and lots of tasty snacks and we had a great time watching the Chiefs win and get a spot in the playoffs.

After the party we got some stuff at Walmart then went home and ate a little dinner and played with Pumpkin. Heath and I decided to take a Dexter break and watched some regular tv and went to bed early.