Posted on February 7, 2011 by thePrewitt

It’s hard to remember where we got started on Friday but here we are now. I got home first on Friday and Pumpkin was sleeping. I did some cleaning up and I think a little bit of fixing snacks plus the normal getting the fire going, checking on the dog stuff. When Pumpkin got up I fed her then we we had some work related errands to run returning the rented generator. We went home and were joined by Heath and Peanut. I fried up a bunch of chips/fries and then people started coming over for game night. Pumpkin was excited that her friend Alli came to help move magnets and other toys around and now they are both walking and getting into things.

Peanut’s friend Drake came over after his karate practice and the boys went crazy running around the place.

Also Stephen, Becky and Stooks came over. We all snacked first, then made the boys stop playing and eat. Then we moved the giant mirror. It was on this wall and we moved it across the room between the front door and the hallway.

It went pretty well and we got it screwed in good then moved on to games. We started with Farkle because Peanut is crazy about it but he and his friend were in no mood to sit still so they didn’t last long.  We let them play awhile then set up a futon on Peanut’s floor and put a movie on for them so they could lay down and calm down.

We played tons of Scatagoires until it was pretty late then everyone went to bed.  In the morning we made pancakes.

Everyone ate a good breakfast then headed home. We got ready for a busy day.

We took Peanut’s friend home then did some serious refrigerator/remodel shopping. We went to Harbor Freight, 2 different Restores, Sears Outlet, A used alliance store on Truman Rd, and one on Troost and then one in Grandview. We found some good fridges but wanted to look everywhere before buying. We got some drive through McDonalds in the middle somewhere and when we finally made it home everyone was exhausted and immediately laid down for naps. Heath and I planned to nap but got wrapped up in a bad movie somehow. 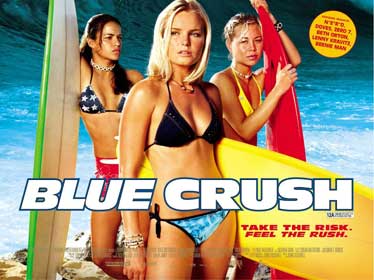 Once the movie was over we could not decide if we should try to let the kids sleep all night or get them up for a while. We decided to break out some power tools and do a little demolition and let the noise decide. Peanut really wanted to help so he got up and joined in.

All the noise woke Pumpkin and she sat in her chair and snacked while we worked. We got the trim and panneling off pretty easy and moved around a bit more electrical stuff.

Then removed all but a few of the studs.

I was a little nervous about the other studs so left them in until I could get a second opinion that they were not needed. Right away it was weird not having the wall there.

The rooms already felt more open and together.

While Heath and I cleaned up and got some dinner ready the kids watched cartoons and read books.

We were pretty worn out from game night and shopping all day so just relaxed and read after dinner. Peanut helped me with the tape measure to get some measurements on the walls so I could make a floor plan. Heath met her aunt for a few drinks and the kids went to bed. I spent the rest of the night on the computer researching fridges we liked and looking into floor plan design.

We had decided to get an early start in the morning but instead everyone slept in until Peanut got us up. We ate some cereal then headed back to Sears Outlet.

Our favorite fridges were here and we thought we had made a decision and were ready to buy. Once we got in the isles and isles of fridges we could not help going up and down looking everything over again. We eventually came to the decision that the one we had decided on before was the one we wanted. The outlet store is full of fridges with dents and scratches and stuff and they are marked way down. We picked out a 29 cubic foot french door black LG fridge.

It was almost 70% less then the original price. The door handle was bent and it had a few dents but was the biggest normal fridge we saw and is at least 3 cubic feet bigger then our old one. We got the fridge and a big warranty then loaded it up in the truck, tied it down good so we would not make more dents then took it home.

We were really busy when we got home, making lunch, making super bowl snacks and getting the house together. We moved the old fridge out of the way and plugged it in. I took a picture of all the food in it.

(I planned to take a picture once everything was in the new fridge but forgot.)

Somehow Heath and I got the giant new fridge out of the truck and into the kitchen. It was not easy and we had to take doors off and handles off and nearly squish Heath and destroy my fingers but in the end it was in place and fit perfectly.

We let it rest for a few hours before plugging it in, then we let it cool down an hour before moving the food over. We cleaned it all out good and even cleaned our food good before moving it over. We left the old fridge in the kitchen until Jon and Derrick were around to help move it.

Then we moved all the magnets and stuff over and the girls thought this was great.

Then it was Superbowl time. We had bbq pulled chicken sandwiches, noodle bean salad, mashed potatoes, buffalo chicken dip hummus and beers. Durring 1/2 time Jon agreed we could take down more studs so we did. Then the kids went to bed and we watched the rest of the game. Then everyone went home and Heath and I cleaned up and took a few pictures of the missing wall and new fridge.

Then we went to bed and fell right asleep.

6 Responses to A Super Weekend