The Sandbox is Back

Pumpkin and I had a great weekend. We got a ton of stuff done and got to do a lot of playing. Friday when I got home Nanny was playing with Pumpkin and Alli.

She said they had a great day w/ Alli joining them. Nanny headed home and it was my turn to play with the girls. I wanted to do some cooking and the girls looked hungry so I turned on Sesame Street and loaded up their trays with food.

They both ate really good and passed things they didn’t want to the other one.

Once they were full I let them down to play some more and randomly some sort of baby parade dance party started with both of them running, dancing and pulling toys around the kitchen.

It was pretty funny. Eventually Jon and Amanda came over and we had a beer and watched a terrible movie. 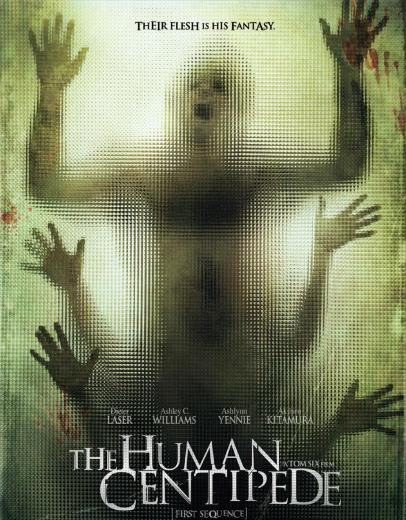 After the movie we talked about eating dinner and watching another one but Alli got fussy and so they all left. Pumpkin and I were getting hungry though so I still cooked up dinner. I made a big meatloaf, fried potatoes and a mushroom gravy.

I was feeling pretty tired and lazy so Pumpkin and I just pigged out. We ate all the potatoes and almost the entire meatloaf. The meatloaf was a pound of ground turkey, a bunch of vegetables and a good amount of the leftover spent brewing grain bread. It was so good I could not stop eating. We also ate a bunch of pasta salad and then were pretty worthless.

Dinner was fairly late and afterwords I got Pumpkin in pajamas, read to and in bed. I cleaned up dishes and stuff and then watched some TV and got to bed early myself. In the morning it looked like rain but it was not raining yet so I got an early start on my wood pile. I split and split and kept an ear on the baby monitor. Instead of raining it got nicer and nicer outside. I made some awesome progress on my wood pile. I did get slowed down at one point when I hit a log that was hollow inside and got a surprise.

There in the middle was a coiled up snake. At first I thought he may be dead but I saw the tongue go in and out a few times.

I got the camera and he didn’t move. I think he was pretty stunned from his house exploding. After I watched for a few mintues he quickly slithered back into the pile of wood. So I may find him again sometime.

While splitting I threw any waste bark into my metal barrel that we had been burning in last week and before long without doing anything it started smoking and then burning up all the bark. The barrel fire has been smoldering for over a week and has survived several rains but it just keeps going. I forgot to take a good picture of my wood area but I did get one of a load I took to the backyard. Nearly everything in the truck and on the ground was split this weekend.

At 9:30 or so I took off my sweat soaked clothes and went to wake up Pumpkin. I got her dressed and gave her a little to eat then we rushed over to Peanut’s soccer game. Once there I found out the game was at 11 not 10. So we headed to the park and played for a while. Pumpkin loves the swings

and the slides most of all but we checked out about everything.

Then we stopped by to see Jon putting on new gutters. When it got close to 11 we headed back to the game but Pumpkin had not eaten enough and was getting tired so after a little melt down we decided to go home instead. I ate the rest of the meatloaf and a big bowl of cereal and Pumpkin shared with me and had some veggies and fruit. Pumpkin was much better so I decided to get to work in the yard and let her wear herself down. We cleaned out the tool/wood shed and got rid of tons of firewood debris that were in there from the winter. We cleaned up the porch area under our deck and we cleaned off the top layer of sticks and stuff in the sandbox.

Once the sandbox was fixed Pumpkin was done helping me and super interested in playing in the sand.

While she was distracted I was able to finish up in the wood shed by coating everything in a spray that kills termites and carpender ants and anything else that may have made the shed it’s new home when I brought in all the wood.

Pumpkin was having so much fun I eventually had to join her and build some castles and try to bury her feet. Then it was time for a nap so I cleaned her up and got all the sand off then laid her down. While she was sleeping I stacked a bunch of wood planted 8 asparagus plants in the backyard and then packed the van with camping supplies. It was so nice out I could not resist meeting up with some friends camping out.

Pumpkin was super tired and took a long nap so I got the cooler packed and all our stuff in the van and then worked on the house some more. At 3 I decided to get her up so she would sleep at night. She had messed her diaper pretty bad and was hungry again so it took us a while to get out the door but eventually we did and were able to get to Odessa and join the other campers.

Everyone was relaxing and enjoying the great weather. Pumpkin was hungry so we ate first and then she got down to play. At first she stuck to my side but eventually got more brave and headed out to see the dogs and other exciting things around.

We visited and played for a while and then people started cooking dinner. We lucked out and they had enough for us to join in.

There was some awesome pork medallions and lots off good stuff. Of course Pumpkin was ready to eat again.

After dinner we messed around for a while again and then lit the fire. Once the fire was lit and the sun was going down I moved the van to a flat spot and put Pumpkin’s pack and play in the back. We put on pajamas, read some books by lantern light and then I laid her down. I put up a little Aldi tent for me to sleep in and Pumpkin fell asleep pretty quick.

One fire was not enough so we lit a second pile of brush. Then the wind picked up and we started hearing reports of tornadoes and stuff. We had a few drinks and didn’t worry much. We stayed up late talking and watching the fires. The weather seemed to be getting worse and worse but we only got a few rain drops and some wind. I checked on Pumpkin several times and she was fast asleep. I slept pretty good in the tent until the sun started getting me. I got up and packed everything up and watched Pumpkin roll around and stretch. I think I had dressed her too warm for bed. Eventually she heard me packing and got up. Slowly everyone else got up and started packing and making breakfast. Pumpkin spent all morning snacking trying to make me carry her.

We had some great breakfast burritos and it looked like it was going to rain so quickly packed up the rest of the stuff. Pumpkin ate more bacon.

Eventually we headed home and Pumpkin fell asleep pretty quick on the way home. Once there I unpacked a little bit until she woke up. Then we took bath and cleaned ourselves really good. Pumpkin soaked in the tub for a while and I got her stuff all ready and put away more camping gear. Then we ate some lunch and played for a little bit. Then I laid Pumpkin down for a real nap and I decided to get one too. We both slept almost an hour before getting up. It was nice outside again so we headed out and I moved some wood to the back yard and she played in the pool. Then we cleaned out the garage and made room for 2 cars again.

I tried to get her to play in the sandbox again but she was cool and wet from the pool and ready to go inside. I stuck her in the sink and washed her off and started cooking.

I made a lasagna and did some dishes then got Pumpkin out. I was feeling pretty tired and tried to lay down and watch a movie but Pumpkin was wanting to be a monkey so I didn’t relax much. Eventually we made ham sandwiches for dinner and some rice stuff and then shared some ice cream. At like 7 we started getting ready for bed. Pumpkin was tired and fussy. We read some books and then I laid her down even though it was not even close to dark out. I headed to the garage and took a bunch of stuff from the garage to the shop and then checked on Pumpkin and she was out. I took care of a few things I didn’t want to do with Pumpkin and then started stacking the wood in the backyard I had taken down earlier. Once it was all stacked I started splitting in the front and even though I thought I was worn out I got a lot done and felt good.

I split till it was getting dark then I headed in and took a shower and headed to bed. It took me a while to relax and go to sleep.

This entry was posted in Camping. Bookmark the permalink.

One Response to The Sandbox is Back