Done with Wood for the Summer

Turn up the volume or you will miss it.

I got home to the kids and Nanny first and Nanny headed home. Pumpkin had a snack and Peanut watched tv while I got started on dinner. I made a little mix of black beans, spinach, corn, rice, quinoa, cottage cheese, salsa and cumin.

Then I wrapped up my mix in tortillas, laid them in a pan and covered them with the rest of the mix, shredded cheese and enchilada sauce.

I stuck them in the toaster oven and got a pan of refried beans heating up. Heath got after the dishes and the kids and I headed outside to play.

We dug some holes, buried some feet, built some mountains and explored the sandbox. Once dinner was done we headed upstairs and the kids cleaned off in the pool a bit and I helped Heath get the food on the table. The enchiladas were really good and everyone tore into some plus the refried beans and some fruit. As you saw at the top Pumpkin was after the strawberries. At the end of the dinner we all had done a pretty good job.

After dinner we got our swimsuits on and packed up some stuff then went to the pool for swim lessons. Peanut got right after it.

Heath watched him at the beginning and I took Pumpkin to play on the slide.

We played a bit then traded places and Heath took Pumpkin to swim school and I watched Peanut some more. I think I am seeing some real improvements in Peanut and he is having lots of fun with his class and instructors.

I went between Peanut’s class and Pumpkin’s class.

Swim lessons are having the opposite effect on Pumpkin. The first few days went really well as she already loved the water. As time has gone on she has been resistant to the structured lessons and just wants to have free play time.

After lessons we got to stay and play a bunch.

And Peanut got to work on what he learned by swimming to Heath and back in the deep end.

. Heath left to get to a dance class with Amanda and Bobbi and the kids and I played in the shallow end until  it was about to close. Then we headed home, the kids showered and put on pajamas, then ate some nachos for a post swimming snack. Then Peanut read to Pumpkin.

Then I tucked everyone in. I am only working a 1/2 day today so I started packing for afternoon then I headed outside to stack wood. I got the rest of my pile done before heading in and getting cleaned up and in bed.

This morning I fixed some stacks in the backyard that had problems and then took some measurements. A cord of wood is 16 ft long and 4 ft tall. 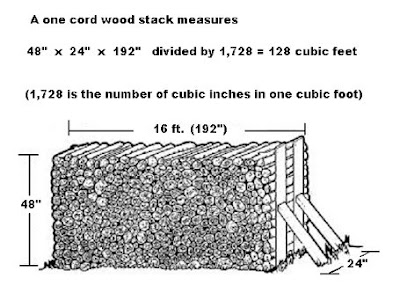 It’s going to be a warm winter, probably even 2.