Dutch Oven Pizza and a bunch of other things

It was a busy weekend and we took a lot of pictures. Friday my truck would not start after work but after a jump it was ok. I drove about a block and it died but started right up again and I was able to drive it home. Heath got both the kids and then picked me up and we headed to some dance place. We watched a lesson and thought about putting Pumpkin into a little tumbling class. After the class we headed home and had dinner.

I fired up the fryer

We had sweet and regular fries, fish nuggets, chicken nuggets and some other dinner. Then I headed to Aldi with Peanut and we got 101 items. Once home we got the kids in bed then watched Hanna with Tony and Felicia. 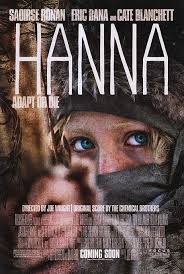 It was not as good as we had expected. Afterwords we went to bed. In the morning Pumpkin got me up early and I got busy prepping for the 3rd monthly dutch oven cookfest. I cut up a bunch of veggies and seasoned them and browned a bunch of sausage. I also made pumpkin pancakes for breakfast.

Everyone got up and Jon, Amanda and Alli came over and got right to work. Jon was making pizza and bread dough. Stooks came over too. Once they were made we got a fire going and then started setting up.

It was nice out and the kids played and snacked.

We got dough to rise and built up more and more coals. We warmed the dutch ovens on the fire a bit.

Then we put dough in the ovens and let them cook some.

On the pizza ones we added sauce and toppings and let them cook some more.

We hung out outside and enjoyed the day while everything cooked. Fairly quick the bread was ready.

Heath and helpers took it inside and cut it and then added garlic and butter. The kids played some more.

And we opened up the pizzas.

We also set up a nice outdoor table.

The crusts were a little overdone on the bottom but otherwise pretty awesome.

We got a mint brownie cooking in a dutch oven and a 3rd pizza then sat down and dug in.

We polished off the first 2 pizzas in no time and a lot of the bread. It was really good. Most people were full before the 3rd was done and It was probably the best one as we tossed on all the leftover toppings and knew not to burn the crust. The brownies got done and ate them around the fire as Peanut tossed pieces of the Sanders’ Christmas tree on the fire.

It was a good dessert.

Afterwords we cleaned up and everyone headed out. Heath laid down for a nap and when Pumpkin got up from hers the kids and I went to Tower Park to play.

They ran all over the playground and did all the slides and everything then then both made friends and Pumpkin spent a lot of time swining, with her hands in her pockets next to another  2 year old.

Peanut built forts with sticks with a little girl.

We kept delaying leaving and the other parents were too until eventually it was nearly dark. So we headed home and got the kids fed dinner. Stooks came back over. After dinner the kids took baths and then Pumpkin went to bed. Peanut and us got out the new cotten candy machine and made a bunch.

It was really pretty easy to use, easy to clean and could be made with any hard candy. Heath made a sugar free one first then I made one with some cinnamon candy we had and it was great. Peanut made a lemon and an orange one. Once done the top pieces pop off and the leftover candy comes off with some hot water.

After we finished our cotton candy we played a game until Peanut needed to go to bed.

Once he was gone we watched The Hangover II. 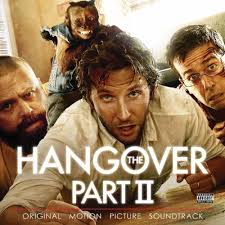 It was very similar to the first one.

Sunday morning I got up early and started working on lunch. The main course was to be a big fat meatloaf.

Obviously it is loaded with veggies and also has a mashed can of kidney beans in it and a pound of deer and a pound of beef. I also had pasta salad leftovers from Saturday and I made some creamy cornflake potatoes for a mixed audience.

We only had a few regular potatoes but Peanut and Grandma Jenny don’t like sweet potatoes so I made both. Heath and Peanut got up and went to church and Pumpkin and I had breakfast and then she told me she wanted to eat bubbles so I let her.

Kidding, of course we only blow in the straw never suck.

Pumpkin loved blowing bubbles and did it until Heath and Peanut got home. Then he joined in too.

I got some cleanup done and when we found out Grandma Jenny’s lunch was moved to dinner, we headed out for a hike to Cave Spring Trail in Raytown.

It was a very nice series of trails that weaved all over. There was a cave and a waterfall and lots of benches and stuff and everything was well labeled.

Of course we took a lot of pictures and I don’t think the camera ever made it into the backpack.

There were a bunch of abandoned foundations and parts of houses like chimneys. This one made for some cool pictures.

Once we were about done hiking we explored the cave.

Then we packed up and headed home. The kids ate and Pumpkin laid down for a nap. While she was napping I got busy trying to figure out why my truck was being so crabby. I tested it all over.

But I could not figure it out, so Jon came by and helped. For a quite a while it seemed as though demons were the real problem. All the connections were really tight but something on the negative terminal was too corroded and after a good cleaning everything worked fine.

Grandma Jenny showed up and I got cooking dinner. She played with the kids.

The meatloaf cooked a while then I added sauce and cooked some more.

Then it was done and we all dug in. I was so hungry and it was great.

I cooked it so big and we still have about this much for me to make lunches with this week.

After dinner Pumpkin took a sink bath and everyone played Farkle as I got her to bed then Heath took Jenny home and I played more Farkle with Tony, Felicia and Peanut until he went to bed. Then I went to bed early.

This entry was posted in Food Projects. Bookmark the permalink.