It was a nice fun productive weekend. Friday on the way home I stopped by a strangers house from craigslist and  checked out his swingset then picked up the girls and headed home. I got busy making pizza dough and cutting toppings up.

Heath picked up Pumpkin and took her to some deal at Peanuts school.

I had started a crock pot potato soup that morning and it was doing good but needed to be mixed up and have some bacon and cheese added.

Everyone came home and Mike and Julie came over with a giant salad, beer and a banana cream pie. We opened some beers and tossed the crust on the grill. yeah the grill. I gave it a couple min on high then flipped it over and brought it inside.

We coated it with cream cheese, maranara, and lots of other stuff then stuck it back on the grill to cook the other side.

This side got 5 min or so before we brought it in and sliced it up.

It turned out really good.

The pizza, soup and salad was all really good. Pumpkin didn’t care for the toppings but enjoyed the crust, sauce and cheese.

After dinner we got the girls in bed and then played a game and talked and just hung out until past bedtime. In the morning I got up and headed back to the craigslist guys house with some tools and $40. We took apart the swingset and precariously loaded it in my truck. Then I took it home and all the girls were up. We ate some breakfast and got bundled up then went to Peanut’s soccer game.

We got our snacks, drinks, books and everything all set up. The team stretched and warmed up and we were all ready for then game.

But the other team was not there. They had a double header and forgot and left right after their game. It was pretty cold and windy so we waited a bit then the team had a little scrimach.

Then they had oranges and juice boxes and we headed out.We made some bagel hot ham and cheese sandwiches and leftover soup. The girls loaded up in the van and headed to Heath’s moms house for some leftover birthday presents.

After presents they headed back to the pumpkin patch to see Heath’s friend Audry and see how many pumpkins grew since last weekend.

Meanwhile I was working on the swingset and then the wood pile in the front of the yard. Cousin/neighbor Rachel and Alex came over and helped out. We loaded the truck up with split stacked wood from the front and moved it into the shed. Before moving it I cleaned up the shed some and coated it in termite killer. Over the course of the weekend I got all the wood that was ready to burn moved out of the front and loaded in the shed.

We also got the swingset set up and ready for a coat of weather treatment.

Heath called me on their way home and I stopped splitting and started working on dinner. Pumpkin fell asleep on the way home but we got her up after a while. I started a fire in the upstairs fireplace and we had dinner in front of the tv and watched movies. After the girls were asleep Heath and I had a glass of wine and watched Hot Rod then The Grey. 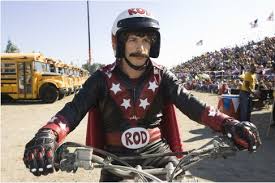 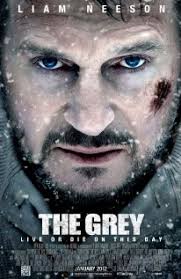 Sunday morning I got up and moved more wood then joined the fam for breakfast.After breakfast we brought up the Halloween decorations and got busy decorating the house in and out.

Once the house was good we made a pan of chili and some corn bread and got ready for the chiefs game.

We watched the game and after lunch the girls took naps. After the game Heath passed out block party flyers and I moved some more wood with Stephen until the girls got up.

Once they were up we got some weather treatment stuff for the swing set and deck at Home Depot then went to Red Rack for some Halloween/2nd hand clothes shopping. The girls were better then normal and the place was not terribly packed so we got a lot of good shopping in. Heath and I got most of the supplies we need for out costumes and lots of other good things.

After we hauled our big trash bag of clothing out to the van Heath convinced me to get some Chelly’s Mexican instead of chili leftovers. After dinner the girls took baths, Heath gave me a haircut in the kitchen, got the girls in bed, and then we did 30 minutes of balance out all that Mexican working out. Then we got ready for bed.

This morning we dressed the girls in matching overall dresses and red undershirts. We are cool.