We did a lot of grilling this weekend and a lot of the stuff on the grill was not meat. Friday we tried beats for the first time.

They were a nice compliment to the sweet potatoes, potatoes and zuchini. After dinner we headed out to a movie in the park with our friends Russ and Liz. We saw Wreak it Ralph. 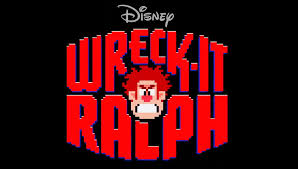 It was a late night, especially for the kids but they all stayed awake and they all had fun. Bean didn’t watch the movie but chased her shadow around in circles and laughed at everyone.

Saturday morning we helped our neighbor cousins move some of their stuff. It was a couple of easy loads and well worth it for the lunch feast we had. After lunch we left them to painting and working on the house and we took the girls home for naps. Peanut and I went to get much for some house projects. We filled the truck and then brought it home and emptied the truck. I should have gone back and gotten more but I needed to mow and get ready for our night.

Peanut helped me set up and build a fire.

The other neighbor friends came over and we loaded up the grill again.

And had a nice dinner on the deck.

Then we lit Peanut’s fire and got tents set up.

It started to get cooler and darker so we moved to the fire.

and got dessert cooking.

It turned out great.

The kids got motivated to do some skits and jokes and stuff to burn off the sugar before bed.

Kids went to bed and Jon came over and we stayed by the fire as it got colder and colder. Eventually we all turned in for the night. Pumpkin was the first one up and so I got up early with her. We tossed sticks on the coals of the fire for a while and then played with Berry and cleaned up a bit.

We got bored and decided to wake Peanut up and get started on Mothers Day breakfast in bed.

I made the kids do most things so it seemed to be twice as much work as normal for me.

Once we got it all ready we loaded up the plates, grabbed Bean and headed down to wake Heath up in the tent.

She dug right in

Everyone ate pretty good and it all turned out really good. We decided to go have fun before naps so rushed to shower and get cleaned up and then toss supplies into the van. Off we went to the River Market.

Heath and I got coffee on the way as we had stayed up too late.

Our next stop was the markets. We had taken a little inventory on what fruits and veggies we had and we were pretty low so decided to go after bargains. We started with kids in the waggon but shortly later they were in backpacks or walking.

We spent less then $15 and came home with a lot of stuff.

We dropped the wagon at the car and grabbed both kid backpacks then decided to get some lunch.

Heath and I got really good high gravity beers and we splurged and let the kids have root beer. While waiting for our Nachos the kids colored for Heath.

After eating we hit the road to the river.

Bean was asleep for most of this trip.

And Pumpkin was not always feeling photogenic.

but sometimes she was

and near the end Bean was awake and happy.

We walked along the river farther then we have been before

We were all full of beer and root beer so had several bathroom breaks.It got pretty hot and late and we walked back.

Pumpkin fell asleep shortly after getting in the car. Once home Peanut and Heath played catch to get ready for baseball (starts today) and I took down the tent and packed up the sleeping bags and other gear.

Then we fired up the grill to try some of the stuff we got.

We ate by the tv and watched Star Wars II and relaxed. We ate up everything we grilled and it all turned out great, even the tomatoes. Somehow we added a bit of icecream before getting the kids in bed. The girls had and early morning so they went to bed early. Peanut and Heath cleaned his room a bit before he went to bed and then Heath and I played on the computer a bit before falling asleep.